A LITTLE ADVICE ON SHOWREELS AND SCENES.


The Perth Film Network and Wizard Corporation Productions were the first to offer professional Showreel scenes in Perth called “Showreel Elite Scenes” back in 2008.  I worked with Professional Director, Mark DeFriest and tried everything to find a way to make filming scenes affordable for actors with the best direction and production values possible.  It was a number of years of trial and error in which I was never happy with the result and it was not a profitable exercise, even though the scenes were a high quality for the cost. I finally came to the conclusion that to get the best quality scene, actors would just have to pay.  I could keep the price down to a realistic cost,  but actors would have to be prepared to pay the cost to film a scene, as filmmaking is an expensive exercise and also actors had to lift their game in regards to their homework of developing their character and being totally prepared before going on set.  This is one thing I noticed was the greatest problem, actors came on set totally unprepared.  Sometimes working on the script one day before.  It's a learning curve, but an expensive one.

A HEADSHOT FOR ACTORS? THAT'S JUST A PHOTO, RIGHT? 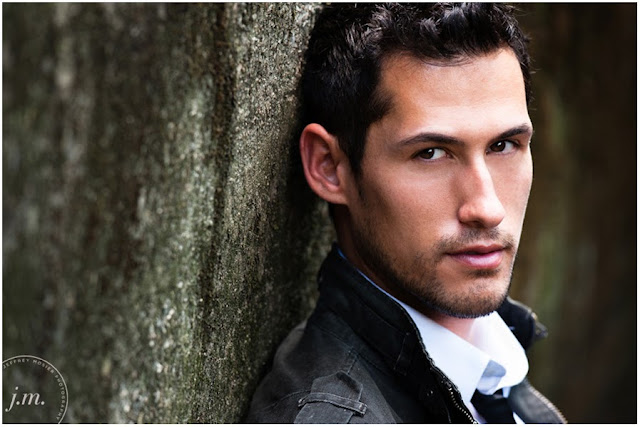 I started pushing marketing yourself as an actor and offering advice way back in 2008 and onwards, when actors would look at me as if I was a little loopy.  “I will learn how to market myself when I have to… right now I am concentrating on my acting skills” was the common response.  Of course today, actors are starting to realise that to get work, they need to have a sellable product and to sell that product you need to know how to market it.  Learn about the Industry I would drum into actors and for those who listened… They are now making a go of it in LA.  Take control of your own career.

HOW DID THAT HAPPEN?


With convincing, I put The Manuscript into the 25th WA Screen Awards for consideration. Sitting at the announcement with Matt Zappala and Matt Elverd, I was relaxed. I was just there to support the film and FTI.  Matt Elverd leans over and asks if I am nervous.  I respond “Not at all, I don’t expect to be nominated” and I really didn’t.

It is very rare that I run a Perth Film Networking Function and actually advertise who the guest is.  In my book the whole point is to Network and find these people yourself, because in the real world nobody is going to do it for you.  You have to find out for yourself or make contacts that will introduce you.  The secret is to never dismiss the person who is standing next to you because you just don’t know who they are,what they have done, what contacts they have or what advice you can gain from talking to them.  After all, they are just everyday people, in a business that most likely comes with a high profile.  You create your own opportunities and if you want to make it in this highly competitive Industry, you need to use your initiative.

This coming Wednesday the 13th of February, The Perth Film Network has its first function for 2013 and Actor/Producer Myles Pollard will be coming along to mingle with everyone and meet some of Perth’s talented filmmakers and actors.

So now that I have given you the name of our special guest.  What do you do about it?  Stand in a corner and think about going up to him?  Stay with your friends and discuss possibly going up to him. Swamp him and bombard him with questions?  Probably no would be the answer to these questions. Hopefully none of the above.  It is still a networking event, not a fan club, so even if you are a fan, you need to approach this as business.  Because that is what we are in or trying to break into "Show Business".  What you would do is go up and introduce yourself and start a general and friendly conversation. If you are smart and know he will be there, you have taken advantage of this information and you have done your homework, in other words, research.

Read more »
Posted by Debbie Thoy at 2:27 AM No comments:

NETWORKING - WHAT'S IT ALL ABOUT?

Hello!  Yes it’s me.  I know I have been very quiet lately, like for over a year!  Well I have been a little under the weather and am concentrating on my health at the moment and that may continue for a little longer yet.  But I did complete a film, my first after a 3 year break which I will blog about soon and rebuilding from a major computer collapse that threw my business into a spin.  All sounds rather negative I know, but I see it as a fresh and very exciting new chapter which we will all benefit from next y
ear.  But I see in my absence you all seem to be moving along splendidly and helping each other out on the Network, which is great to see.

So back to business.  NETWORKING…  What the Perth Film Network is mostly all about.

A Hiccup in the Network - Big changes on the Horizon!

Many of you are probably wondering what is going on with the Perth Film Network, everything seems to have stopped?  Well you would be dead right, everything stopped, literally! I want to extend my sincere apologies to all my clients and to members of the Perth Film Network.  This is a temporary setback that is currently being rectified and measures applied for the problem not to arise again...Thank you all for your support and patience.

Showreels Elite Scenes are back!


On the weekend of the 25 & 26th June, Wizard Corporation Productions relaunched “Showreels Elite Scenes” with director Mark DeFriest, with a very successful shoot for four actors with six scenes in total, after a year break. 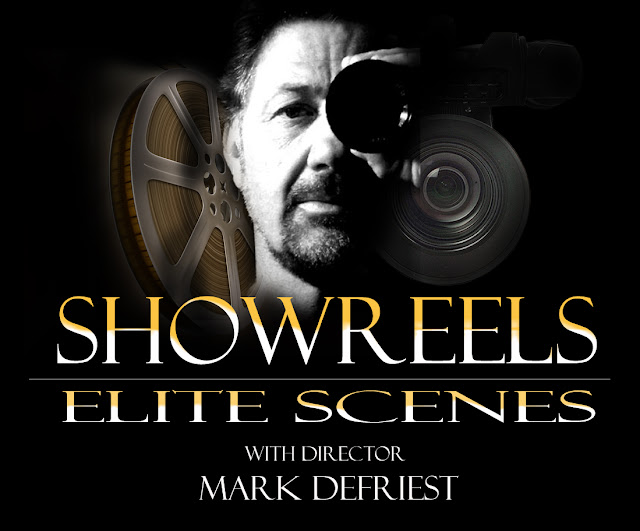 It was four years ago that I came up with the crazy idea to present professional showreel scenes with a professional Director. Perth had nothing like that.  This amateur filmmaker, still experimenting, walked up to a professional Director named Mark DeFriest and put forward a verbal proposal.  He was intrigued, liked my attitude and passion and said…"Let’s give it a go".  Did he just say yes?  Oh! What do I do now?

For the past few months, I have been hearing stories from female actors and respected directors who have had actors come to them about male amateur directors/producers using facebook to seek out young girls/women to star in their films and constantly trying to chat to them online. The women feel like they are being stalked and don't really know what to do. This is very concerning to me, as I am aware that they could be using such groups as the Perth Film Network to find and contact girls.  These Directors/Producers are in

So I felt it was time that I write a blog, which is mainly aimed at young women, on how to stay safe and smart with online networking and in general in the Perth Film Scene.

Read more »
Posted by Debbie Thoy at 2:16 AM No comments:

LA Talent Scout Seminar - How does this benefit Perth Actors?

There is one thing I know for sure.  I live in a small town!  Yes, . Our growing city, the most isolated city in the world has a small town mentality, which I love in many respects, but when it comes to film and business, it frustrates me no end.

Don't get me wrong, I love Perth. So much so that I don't really want to leave here to forge a career in Film.  I want a Film Industry here, I want to make films here and I will work to help make that happen.  However for many of you, Your aspirations will outgrow Perth fast and it is a fact that you will actually have to leave here to get work and experience.  But you can always come back.  This applies to all areas of film but actors particularly. So how to prepare?

Here in , there seems to be this line between actors and everyone else in the Film Industry or should I say filmmaking process.  Why this is, has always escaped me.  Aren't we are all contributing to and making a film? Are we all not in the same Industry? Filmmakers need actors and actors need filmmakers, it is really that simple...There is no us and them. Then we should consider the suppliers, the caterers, the investors, the designers, the marketers, distributers etc...Yes they are all a part of the filmmaking process and we all work together as a team to make a film happen.